Jeremy Strong is visiting your school on 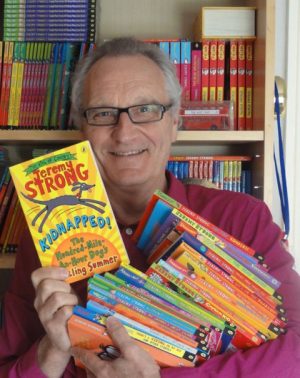 Click on your chosen book then select “Claycots – Jeremy Strong” as the Event Sponsor from the drop down list.

Your school will be distributing the books, so please fill in a Name and Class in the boxes before clicking ‘Add to basket’

At Checkout, choose “Collect from your School” and Select “Claycots” from the drop down list.

Click on the red button to browse Jeremy’s books.

The closing date for orders is 12th February 2023.

We are pleased to work with Jeremy to provide lots of books for his fans ready for memorable signing sessions when he visits Claycots School.

Jeremy (born 18 November 1949) is a British writer credited with over 100 children’s books. He previously worked in a bakery, where his job involved putting jam into doughnuts. He also worked as caretaker, a strawberry-picker and in an office for British Rail.

Jeremy was born in New Eltham and attended Wyborne Primary School, east London, Haberdashers Aske’s Boys’ School and the University of York. After university he became a junior school teacher while beginning his writing career, publishing his first book Smith’s Tail, a picture story for young children in 1978.

Jeremy left teaching in 1991 and has been writing full-time ever since. His humorous writing often makes use of his childhood and primary teaching experiences. His story There’s A Viking In My Bed was made into a BBC children’s TV series and he has won several awards including the prestigious “Children’s Book Award 1997” for The Hundred Mile an Hour Dog and the “Sheffield Book Award” for Beware, Killer Tomatoes.

Jeremy regularly writes stories for dyslexic children, published by the specialist publisher, Barrington Stoke. He lives near Bath in England, with his wife Gillie, two cats and four hens. 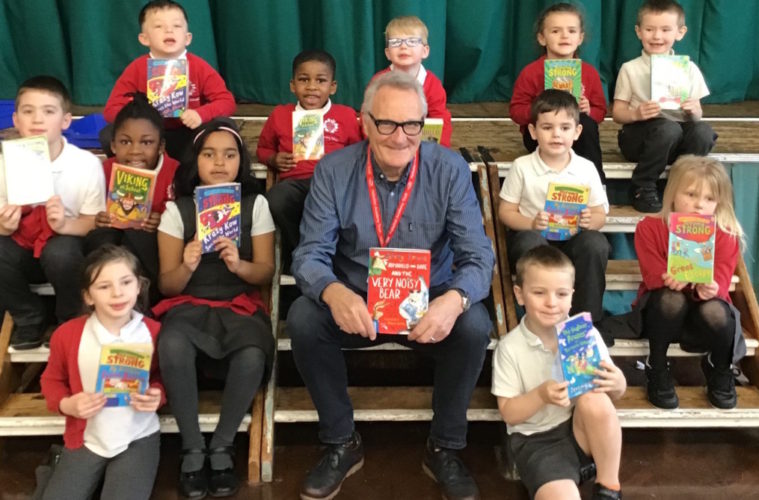 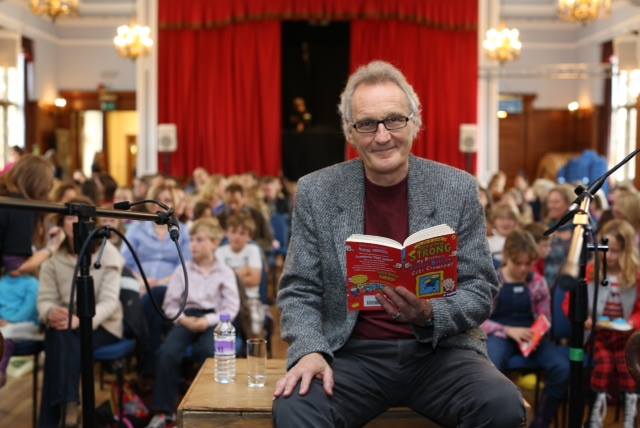 “Our new research, published today*, shows that the more books a child owns, the more likely they are to do well at school and be happy with their lives.

“Based on a survey of 44,097 children aged 8-18 in the UK, our Book ownership, literacy engagement and mental wellbeing report found that:

“However, children and young people from disadvantaged backgrounds are at risk of missing out on the educational and health benefits of book ownership: 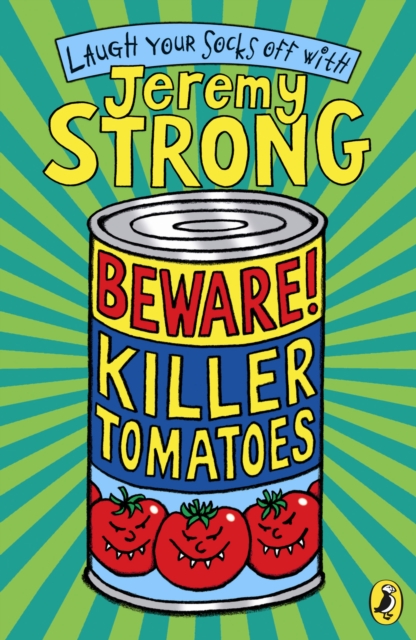 Because of an accident – a tomato-related accident

Streaker is no ordinary dog. She’s a rocket on four legs.. 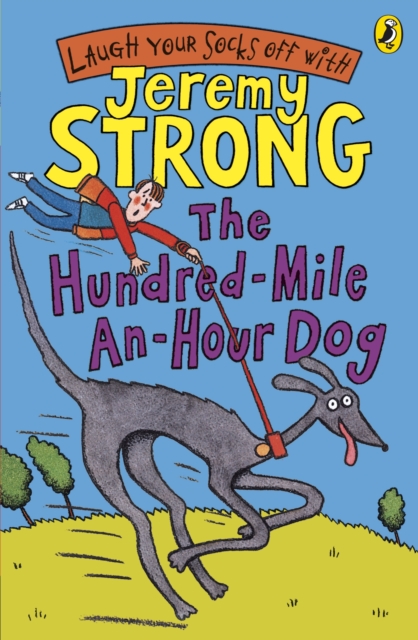 ..with a woof attached

Sigurd the Viking finds himself in modern-day Flotby 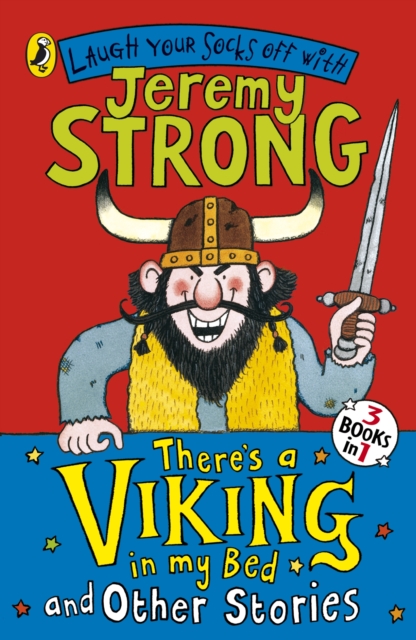 but his attempts to embrace modern ways end in disaster

Armadillo is quite grumpy. Hare is rather cheerful. 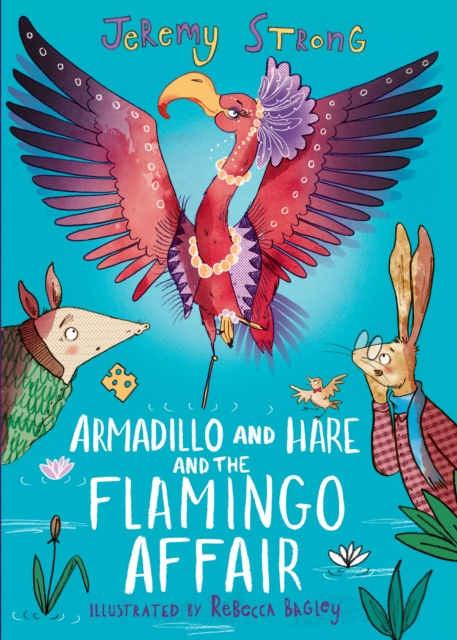 What Our Customers Say

I just wanted to say thank you for bringing the Roving Bookshop to St Greg’s yesterday. It was lovely to meet you – you were so friendly and helpful, and having real, live actual books in the hall for the children to buy really added to the excitement and impact of the day. There was no fuss or stress for our staff either as everything was taken care of – win-win!
We’re looking forward to welcoming you back in September and seeing the whole Bookshop in all of its glory!

Thanks many times to

who attend my bookings all over the country with a huge display of nearly all my titles so at a conference people buy both my children’s and adult books: Bear Hunt, Zola,Uncle Gobb, Good Ideas etc etc

Poet and performer who needs no introduction

Thank you all for such a wonderful day at the book fair. The children loved coming to peruse the books and, thanks to your generosity, we raised lots of money to buy new books for the school. Hope the children are enjoying their new purchases.
Thank you
@RovingBookshop

Thanks for your sterling work flogging my books at Rushey Mead Academy today.

for putting on a wonderful spread today! The children at

loved buying their books and the buzz around school was fantastic-some were even reading them in the line at the end of the day! #RFP

in school today. I know it’s not a library visit, but the engagement from children and parents alike was incredible. A must have for parents evenings especially.

If you need a bookshop for a conference, or in school, then contact Rob @robmcaulay

and the wonderful Roving Bookshop.

Creator the Talk for Writing approach

The best book shop in town!

Can you spot Rob? 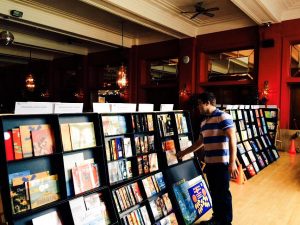 I just wanted to thank you for making our Roving Bookshop today a huge success.

From the initial set up this morning by Mike Eastwood, and then throughout the day we, on behalf of all the staff here at Wingrave C of E School, just wanted to say a huge thank you. Mike was truly wonderful with all the children and staff and did such a great job. Thank you Mike.

It was such a wonderful day for the children and the BEST bookshop which we have ever had at our school. The children were excited to be-able to buy a book and take it home in their little gift bags. We were so impressed with the whole organisation of the Bookshop and will definitely be booking another date for this amazing shop for the children and we’ll highly be recommending the Roving Bookshop to other colleagues and schools.

Many thanks again for bringing a real buzz to Wingrave.

Just wanted to say how much we enjoyed having Mike here yesterday with your fantastic selection of books. Praise from everyone – children, parents and teachers.

I will be in contact after half term to hopefully book a date for the summer term and for next academic year.

It was absolutely brilliant and totally surpassed my expectations. The kids loved it, parents enjoyed the choice and teachers were amazed at the quality of the texts. I genuinely feel that today a love of reading was sparked.

Your sales person Mike was also excellent: he was enthusiastic and knowledgable and had some great reccomendations. I could go on and on with this complimentary tone…a big thanks.

We have booked for next year and will see you then. Until then, keep up the great work.

Shopping Cart
We use cookies on our website to give you the most relevant experience by remembering your preferences and repeat visits. By clicking “Accept”, you consent to the use of ALL the cookies. Read More
Cookie settingsACCEPT
Manage consent

This website uses cookies to improve your experience while you navigate through the website. Out of these, the cookies that are categorized as necessary are stored on your browser as they are essential for the working of basic functionalities of the website. We also use third-party cookies that help us analyze and understand how you use this website. These cookies will be stored in your browser only with your consent. You also have the option to opt-out of these cookies. But opting out of some of these cookies may affect your browsing experience.
Necessary Always Enabled
Necessary cookies are absolutely essential for the website to function properly. These cookies ensure basic functionalities and security features of the website, anonymously.
Functional
Functional cookies help to perform certain functionalities like sharing the content of the website on social media platforms, collect feedbacks, and other third-party features.
Performance
Performance cookies are used to understand and analyze the key performance indexes of the website which helps in delivering a better user experience for the visitors.
Analytics
Analytical cookies are used to understand how visitors interact with the website. These cookies help provide information on metrics the number of visitors, bounce rate, traffic source, etc.
Advertisement
Advertisement cookies are used to provide visitors with relevant ads and marketing campaigns. These cookies track visitors across websites and collect information to provide customized ads.
Others
Other uncategorized cookies are those that are being analyzed and have not been classified into a category as yet.
SAVE & ACCEPT